Saturday Spankings time!!! A snippet from A Lie Unraveled.

I'm glad to be back with you all to join in on Saturday Spankings. I can't wait to read your snippets. My selection of eight sentences today is from my latest book A Lie Unraveled. 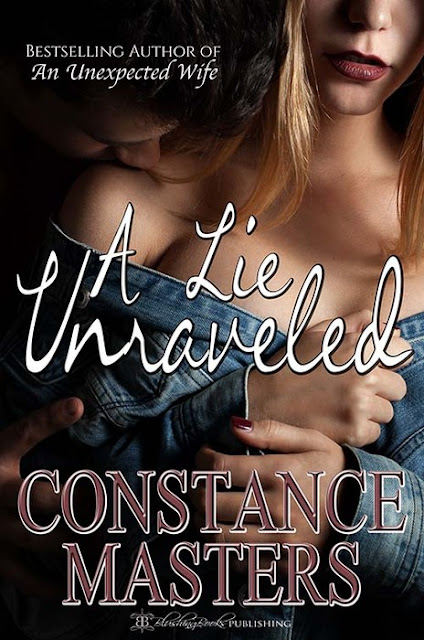 The snippet I have chosen today is at the end of a conversation Destiny had with Justin, the principal of the school she has just pulled her daughter Sophia from. The man also happens to be her first and only lover and he is oblivious to the fact that he is in fact Sophia's father.

“You can’t go prying into my business just because you know me personally,” she said. “It isn't fair.” Now she sounded like Sophia, great.

Justin leaned in so close that his breath sent tingles right through her. “You are the same spoiled child you were when we were dating. Maybe, I should have turned you over my knee and spanked some manners into you way back then. It’s obvious your husband has lost control of his home.” He turned and walked away; the door closed softly behind him.

This excerpt is from a little further along in the story, when Justin finally realizes he may be Sophia's father. He is intent on getting some answers.

Destiny crept down the stairs for the third time in an hour. “She’s finally asleep,” she said.
“Are you sure she won’t wake up?” he asked.
“Yes, I’m positive she won’t wake up. She isn’t easy to get to sleep but, once she’s nodded off, she’s out for the count. I won’t hear from her until probably eight-thirty tomorrow morning.”
“Great, sit and talk to me,” Justin said. “I just have to know.”
Destiny couldn’t look him in the eye so she got up and wiped the island counter and moved items around that didn’t need to be moved. She didn’t want to risk putting herself in it, if he, in fact, was referring to something else and not Sophia’s parentage. “About the homeschooling?” It was worth a try wasn’t it?
Justin was behind her in a second. He snatched a wooden spoon from the crock holder, grabbed her hand and towed her back to the sofa. “Let’s call this the talking stick,” he said. “Now start talking or I’m sure you can guess what happens next.”
Destiny just didn’t know where to start or what to say. “I don’t know what you want from me,” she said, “and I don’t know what you mean by what happens next—” her eyes drifted back to the wooden spoon in his hand and it suddenly dawned on her what he meant to do with his talking stick. “No, there’s no way you’re going to smack me with that thing.”
“We’ll see.” He rubbed the spoon up down the side of her leg. “Look at me,” he said. “I want to know if I am Sophia’s father. I can find out anyway, it will just be a matter of a simple court ordered test, but why put us all through all that when you know the answer and can just open up and tell the truth. I’m not putting up with this for much longer, Destiny, I want answers. I deserve answers.”
Tears welled up in the young mother’s eyes. For years, she had dreamed of this very moment. Maybe she hadn’t dreamed of this very moment. In her dreams, Justin had been more the knight in shining armor than pissed off principal with wooden spoon. “I don’t know what to tell you,” she almost whispered. Before she could actually form a proper answer, she found herself tugged across Justin’s hard knees. “Stop, I’ll tell you,” she said. Too little too late apparently because the thick wooden utensil landed on her bottom with a hard thwack and not just once. Thud after miserable thud of the hard wooden spoon came down across her now stinging rear. It was awful; it stung on the outside but left a dull thudding pain deeper down. “How can I tell you if you’re spanking me?” she hissed. Just as quickly, she was once again upright. She sat there on his knee like a naughty two-year old, her face flaming with embarrassment. How dare he?
“Am I Sophia’s dad?” he asked her, determination sparkling in his green eyes, daring her to go for round two. “Am I?”
“Yes, you are.”

Don't forget to visit all the other blogs