Where have all the retweets gone? 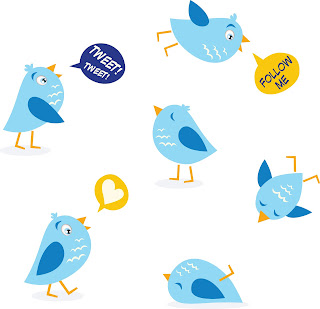 Twitter has made a change in your settings which you probably haven’t even realized. It may alter the amount of retweets you are getting if you don’t know that it’s there.

Since the very first time that my first book was in the works, I started to build my following on Twitter. Every day, the first thing I did was to go on to twitter and follow as many people was they would let me. Even though I had maybe only a hundred or so followers, I copied what other authors seemed to be doing. I retweeted and retweeted some more, trying to help other authors while at the same time trying to build some loyal followers of my own.

By the time my book actually came out I was tweeting like my life depended on it. This was really my only way of getting my book out there. It was where I came into contact with some of the great authors that I call friends today. I won’t name anyone because it just singles people out and I don’t want to do that and it’s not the point of this blog post. Stay with me I’m getting to that.

Today I have over 11,000 followers on Twitter. When my first book after a long break came out, it did very well and I believe my followers on Twitter as well as people who shared on Facebook and were who generously offered me places on their blogs helped with that. I am so appreciative of the help that authors give each other.  When the next two books came out after that they didn’t quite as well even though they had the same support from other authors, sharing on Facebook and offering me places on their blogs. I don't believe it has anything to do with that and I do realize that it could just be the books themselves and people’s tastes. As I said before, this blog post is about TWITTER and the changes it has made in the last couple of months. These changes appear to have made my retweets drop considerably.

On the 18th August, 2016 TWITTER started to roll out a new selection in our notification centre. When I realized something was different with my notifications, I went looking. What I found was a selection I had never seen before. How did I do this? Let’s start at the beginning:

What do these buttons do? They filter (obviously, I know, I am a genius), what you see. I don’t know what criteria they use for filtering tweets but if you are not seeing everything that your followers are tweeting, then chances are, they are not seeing all of yours either.

While we’re talking about TWITTER, here’s a few of my tips that I learned along the way…

Feel free to ask questions, I’ll be happy to help if I can. I am in no way an expert at this, I just thought it might be helpful to talk about a few problems I had encountered. If anyone can shed any light on how to counteract this problem I would be over the moon to hear it.