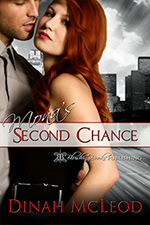 I’d like to welcome Dinah back. She’s going to tell us about her new book. Welcome Dinah!

I have written three books so far, and I love it when reviewers say that I understand the dynamics of domestic discipline. It kind of makes me chuckle, because of all the elements there are to writing a book, for me, understanding domestic discipline is the easiest. Why? Because I live that lifestyle myself, with my husband Jim. September is actually our DD anniversary, and we’ve come a long way.

When I first started I approached the story from the angle of a woman who was shocked when her husband brought the idea of such a lifestyle to her. For Jim and I, it was the opposite. To this day, he feels a bit brutish handing out punishments, but he likes seeing the results! In any event, The Errant Bride came from that perspective. Mona’s Second Chance is a story that is much more personal to me.

While I am outing myself in this post as a spanko—if you didn’t already know!—punishment spankings, or punishment in general is very different. OK, yes, I still get hot and bothered when he gets that firm tone, those stern eyes, but there is a deeper undercurrent of shame, of knowing that I have disappointed him. It truly makes me want to become a better person, and do better. I have long thought that DD could benefit just about any marriage, even if the couple didn’t live the lifestyle in every aspect. For those of us who do it, it is unique to every couple.

In Mona’s Second Chance, Mona and Colby have actually divorced. They are trying to move on with their lives, even though Mona struggles with doubts, what-ifs, and guilt for ending things between them. She still turns to him in times of need, and it is during one of those times that she receives her first spanking for negligence. She is willing to accept his discipline in exchange for a second chance together.

I love the idea of second chances, because God knows I get enough of them! That’s what domestic discipline is about, at the core. In marriage it can be so easy to keep score and hold grudges but domestic discipline forces us to talk about our problems and come to an understanding. I’ll say this—it might not be so great for my bottom, but it has worked wonders for our communication!

They had grown up together. Childhood friends, one-time sweethearts, buddies, then eventually they grew apart. When they met again later, it was love, followed by marriage... followed by divorce. But somehow, even a year after the divorce, Colby was always the first person she called when she needed help. Colby was her one true love... how was she going to get through life without him?

Then it happens! Colby is willing to give them a second chance... but only if she submits to him as the head of the household. She isn't used to being spanked, and worries that there are some things even a spanking can't fix. Will they be able to move beyond their past, to build a fresh new future together? Mona loves him so much, and she would do anything for him to save their relationship, but fears that might not be enough. Will she lose him anyway?

Amazon UK
Posted by Unknown at 11:28 PM No comments:

Come and join us for some Saturday Spanking Snippets!

Good morning everyone and welcome to Saturday Spankings. Today is the last day that I’m going to share an excerpt from His Firm Guidance for a while but for this week I’m continuing from where we left off last week. Whitney was about to get her mouth soaped! Sorry if I went over a couple of sentences Mistress Kathryn. I did try to cut it down as much as I could  :) 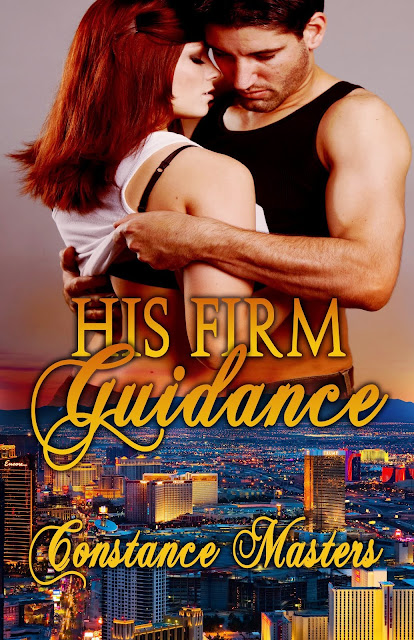 “Yes.” He unwrapped the bar as quickly as he could and poured some of the water from the bottle over it to make it wet. “Open.”


“Mm, mm.” Whitney shook her head vigorously and mumbled through tight lips until he smacked her bottom hard.


“I said open.” The look he gave her brooked no more argument.


Her bottom was still stinging and she felt she had no choice so she opened her mouth just a little.

Her eyes pleaded with him but the only answer she got was a raised eye brow an as soon as her mouth was open wide enough he poked the soap in making her cough and splutter. “That's terr.terr..ible.” She choked.

“You wouldn't expect it taste good Honey would you? That's what happens to naughty girls with a nasty mouth.” He continued to push the soap in and out of her mouth until it was thoroughly soaped, ignoring her dramatic protests. He took her hand and sat back on the quilt, taking her with him.


She could hear the bag rattling and she panicked, rearing up and trying to climb off his knee but she was held tight. “No, I don't want that thing.” She said around her soapy mouth.

“Hush.” The brush clapped off her already sore bottom making her squeal.

Please don’t forget to visit the other blogs :)

By the Skin of My Teeth…Saturday Spankings!

Today for Saturday Spankings I’m going to continue on from last week. (Just for something completely different…sorry for being boring lol) Tyler is in the middle of spanking Whitney at the camping ground.

“I can't...help it!” she spluttered between ragged breaths. “It hurts!”
“Of course it hurts!”
“Stop Tyler please.” she wailed. “I'm sorry...I cursed...I'm sorry about... your mother.” His hand was still falling with hard rapid fire spanks.
“Good.”
“I won't do it again! Ever!” She held her breath. The smacks had stopped suddenly. Was he finished?
“No you won't. Stand up.”
Whitney scrambled to her feet, her eyes never leaving Tyler's as he got the soap that he'd bought out of the bag he'd brought from the car. Her eyes widened and she shook her head. “No.”

Please don’t forget to visit the other blogs :)