It's been a long time but I'm back for Saturday Spankings!

It's been simply ages since I've participated in Saturday Spankings. I can't wait to read everyone's snippets. I hope you enjoy mine, it's from my new book A Firm-Handed Man. 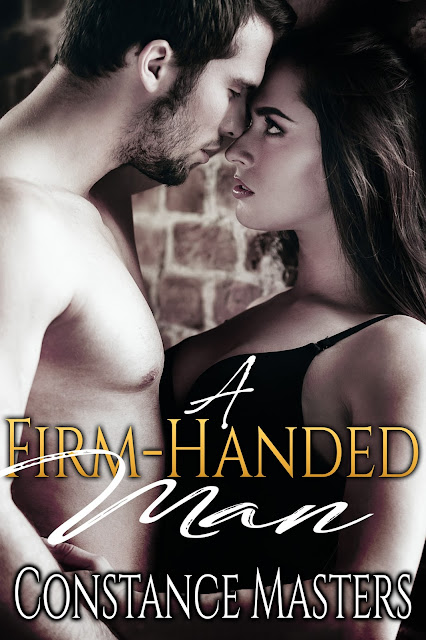 
“You’re not my father, or my boyfriend.”
“I know; if I was, you wouldn’t be sitting comfortably right now. You probably wouldn’t be sitting comfortably for the rest of the week.”
Mikki’s jaw dropped and for a moment she didn’t answer. She wasn’t going to show him how much he’d rattled her. “As if I’d let that happen,” she scoffed finally. Inside, her heart was racing in a not unpleasant way.

“Well,” he said slowly. “I don’t really know what happened but I do feel like I’ve come in at the end of a movie. Want to fill me in?”
Mikala nodded. She couldn’t blame him for being curious but where did she even start? As she tried to put her thoughts together she realized how ridiculous it was going to come across, mainly because the whole situation was ridiculously insane. It was probably best to be a little vague. “I was out with my friends. I’ve been a bit lonely and they were trying to cheer me up. It wasn’t a big deal, really.”
“So you’re single?”
Yes, single, no partner, no family, all by myself. As pathetic as I look tonight, he probably guessed that already. Drew probably had a stunning wife and two perfect kids at home waiting for him. “Um, yeah, I am, obviously,” She couldn’t stop the snort that escaped her at the irony of the situation. Great, way to look even more attractive.
“Nothing wrong with that, I was just curious is all. I mean, I’m single as well,” he said with a friendly smile. “I get loneliness.”
“Oh, so you’re single, Drew, that’s great.” Really? Did she really just say that? Change the subject. “What was I saying?”
“You were telling me how you ended up where I found you in the middle of nowhere, at night.”
“Right, that. Okay, well, I went out with my friends but I wasn’t having the greatest of times. They were dancing but I wasn’t comfortable because my feet hurt.”
“Uh huh, so it wasn’t so much that you were sick but sick of being there.”
“Well, kind of, I guess. I was at the bar and this guy who I thought was nice bought me a few drinks.” She looked across to Drew’s face and his lips were set in a thin line. “He was really nice, at least that’s what I thought at the time.”
“Oh, I’m sure.”
“Anyway, I said I was going to get a cab home because I didn’t want to ruin my friends’ evening and he offered to drive me.”
“You just met this guy and you had both been drinking, yet you got into a car with him?”
“Of course not!” she said. “He wasn’t drinking, he was the designated driver.”
Andrew shook his head. “So much better. And your friends just let you walk out of the bar by yourself, with a stranger?”
“You’re missing the point, he was nice. Well, he actually wasn’t nice but he seemed nice, which was what I was saying.” Why wasn’t he getting it? She’d had a lapse of judgment.
“So how did this nice man end up dropping you off in the middle of nowhere?” He glanced across at her. “He didn’t hurt you, Mikki, did he?”
“No, he didn’t hurt me. He did drive the wrong way though and he did think he was going to—um, well, he misunderstood the situation. Thankfully I was able to persuade him to stop the car and I ran. Well, I ran for about a second and a half, I didn’t have shoes because I took them off when I got into the car. Not that the shoes I had would have been any help in the running department.”
“That’s how you managed to leave your bag and shoes in the car?”
She rolled her eyes dramatically. “I didn’t have time to do a stock take. I just wanted to get out of there before he changed his mind about letting me go and took off again with me in the car. It was self-preservation.”
“Oh, Mikki, that was such a dangerous and silly thing to do. In fact, silly isn’t a strong enough word. It was ridiculous. What if he had decided to just take what he wanted? You may not have been able to get him to stop the car and even when he decided it was time to stop, he may not have let you escape.”
“But none of that happened and he did stop. I was a bit surprised too, but when I got really angry he backed down.”
“You were very lucky but I hope you learned a lesson. You know I am really surprised that a twenty-five-year-old woman didn’t have more sense.”