Today I am honored to have Rachel de Vine visited me to talk about the new book she has written under the name of Juliette Banks! "The Artist".

The Artist
By Juliette Banks

Hello Constance, and thanks for having me on your blog today. I would love to tell you about my new book The Artist.  Some of you will know me as Rachel de Vine, but my next book, The Artist, is being released under a new name of Juliette Banks. Let me show you the cover of the new book. 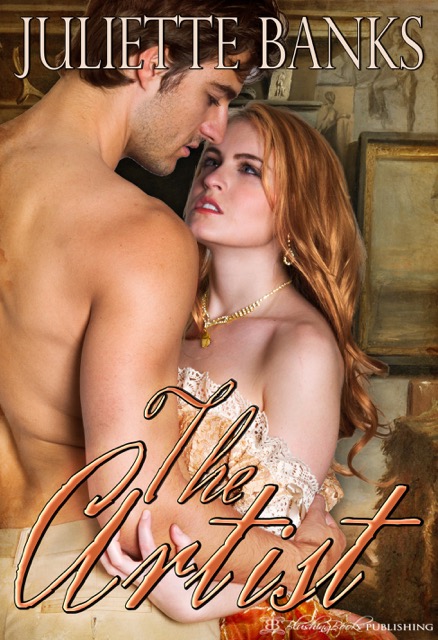 Here is the blurb:

Lizzie is a pretty, but quite simple village girl when circumstances lead her to the artist, Theo. She made a bad marriage to Lionel, a man who mistreated her, and who then threw her out when she refused to sell her body on the streets for him. Now she is trying to make her way alone.

Theo is the rebellious son of a Viscount, who left his privileged background to pursue his chosen career as an artist. His favourite subjects are pretty young women whom he paints in the nude. He is delighted, therefore, when the beautiful Lizzie knocks on his door one day and offers her services as a model.

It is only a matter of days before the mutual attraction ignites between them and they become lovers. Despite village gossip, they are happy. Until Lionel, hearing that his wife is now living with the artist, erupts in a jealous rage and snatches her back while Theo is away and unable to protect her.

Upon finding Lizzie gone, Theo sets off in hot pursuit, determined to find the model for whom his feelings are growing daily. He soon catches up with Lizzie and Lionel, but during the hot-headed rescue, things take a tricky turn with an unexpected consequence.

Unwilling to be charged with murder, and possibly hanged, Theo and Lizzie flee to Italy, where they try to start a new life together. But the past has a way of catching up with everyone, and they are no exception.

Can the love between a son of a Viscount and an illiterate country girl survive after such a troubled start? And will they have to face justice for the murder of Lizzie’s husband? 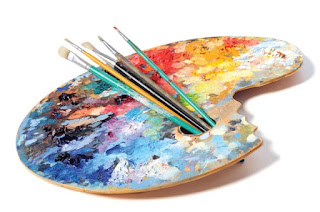 "You are corrupting me, Theo."  "But you like being corrupted, don't you, sweet girl?"

Here is an excerpt from the book.

It was pure chance that he picked Oak Lane to stroll down. It was a pretty walk, with magnificent, fully-grown oak trees that gave it its name, and a stream meandering in the dip by the side of the road amongst the trees. Just before he reached the farm entrance, he spotted movement below him. Creeping a little closer he realized it was Lizzie, having her morning wash in the stream, and he darted behind one of the trees to watch without being seen. It was foolish to hide, he told himself, when he could look at that wonderful body all day while he painted her. But there was something wonderfully erotic in spying in secret his little flame-haired model, performing her morning ablutions. She clearly thought herself completely hidden from prying eyes, for there was not a trace of inhibition in her movements.
Lizzie was standing ankle deep at the edge of the water, and had tucked her skirt up on either side of her body to avoid it getting wet. The blouse she wore on the top half of her body was unbuttoned halfway down her chest, and the soft roundness of the top of her breasts were peeking out through the gap. She had a rag in her hand and pushed it down the opened buttons and under her arms. The dampness from the rag caught against the front of the blouse and made the material stick to her breasts, causing her nipples to stand to attention. That was not the only thing that was standing to attention. In his trousers, Theo felt his cock expanding and straining against the rough material.
A bird chirped on one of the branches above Lizzie's head, and she raised her face to look up at it. Her pose, with her mass of auburn hair flowing backwards down her back, lips open and breasts pushing outwards against her blouse, made the artist in Theo want to paint her in such a pose, and made the man in Theo want to fuck that woman so badly he was afraid he might come in his trousers.
Having washed her upper body, Lizzie now concentrated on the lower half. Theo was unsure whether he could safely watch without giving himself away by a sigh or a groan. She bent forwards to rinse the rag in the water, away from where Theo was hidden, and he caught a glance of her perfect, shapely bottom peeking out from the bottom of her skirt. What a glorious arse, he thought to himself, and what he wouldn't give to bring the palm of his hand down on that soft, creamy flesh, leaving the imprint of his hand on her behind.
In his usual insouciant way, and careless of whether anyone was watching, Theo slid his hand down the front of his trousers and massaged his cock while Lizzie pushed the rag up the front of her skirt and through her thighs, to clean the area where Theo longed for his cock to be right now. He closed his eyes for a moment and imagined his own hand reaching up between her legs and around her sweet little quim. When he opened them again, Lizzie was already walking out of the stream, pulling her skirt back down and buttoning her blouse. Theo pulled back behind the tree in case she looked up towards the lane and saw him. When next he dared to look, she had gone. He walked quickly to reach his home so that he could relieve the ache in his groin. If he didn't get rid of that erection before Lizzie arrived at mid-day he doubted that he would be able to control himself in her presence, and he didn't want to scare her away. No, he had best finish his picture first before he gave in to his baser desires.
She found him intriguing and a little dangerous.  He found her irresistible.

The clip art of the artist’s palette is used courtesy of Clipart.co

Clip art image by Cliparts.co
Posted by Unknown at 12:00 AM