Measha Stone is on my blog today talking about Indebted Heart! Come and get a sneak peek :)


Indebted Heart is third  Measha Stone's Windy City Series. So glad she's come to showcase it on my blog.

Here is the blurb...


Alyssa Sanders has taken care of herself since she was too young to do so. But she’s all grown up and ready to get her life on the right track.  She heads to Chicago with her life savings and a few prospects. She expects to get a job, find an apartment and get on her way of settling down. What she doesn’t expect is to find her new boss not only severely attractive and Dominant, but the son of an old friend.
Alex Trebelli would do anything for his father, so when he’s asked to escort an old friend’s daughter to dinner he doesn’t hesitate to agree. Except the daughter isn’t the small town young woman his father described. She’s all grown up, full of beauty and curves, and a submissive nature that draws out his dominant side.
When Alex explains he won’t be her friend, he can’t just be her friend, he wants more, he wants to be her dominant, her boyfriend, she has to decide if she’s going to take the leap. She’s never been good at a full time D/s relationship, but Alex makes her feel safe and secure. She finds him easy to be with, even when he’s being overprotective and bossy.
Can she manage to put aside her fears of failure, and self-doubt and give them a real chance, or will she chose the safer route and keep clear of his sexy smile, and dominant ways? 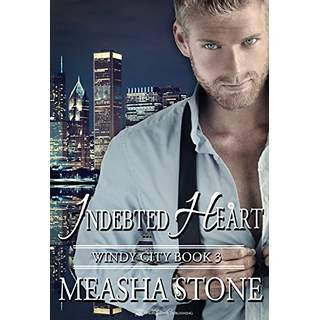 The door clicked, signaling the lock being triggered just as she slid down to her knees. She faced the closed curtains of the window, her hands resting on her knees, waiting. His footsteps were soft as he entered the room, but she could feel his presence before she even heard him. The muted sound of the door closing, and the chain being slid into place filled the room. It took everything in her not to turn to him, to gaze on him. She wondered briefly if he was happy with her positioning.
"So fucking beautiful." His whispered words sent a shiver down her spine. Her skin felt alive with electricity, waiting to be touched. "Please stand up and put your hands behind your neck. No, don't turn around, keep facing the windows."
The hiss of his belt sliding through his pant loops gave life to the electric current that was her skin. Her fingers linked together behind her neck, steadying her stance and she waited for the first strike of the belt.
"Do you remember the last time I used the belt on your ass?" he asked standing a little closer to her than previously.
"Yes." She surprised herself with the ability to speak with such arousal and want clouding her mind.
"Tell me," he ordered with a warm voice.
"You punished me for being disrespectful." She didn't like the memory of that evening. It embarrassed her that she'd earned a punishment so early in their relationship, so quickly after agreeing to be his submissive.
"That's right. You had been a naughty girl."
She swallowed at his words. Her nipples were already erect with need, and she felt her sex becoming more wet by the moment. "But you were a very good girl tonight. Such a beautiful good girl." His hand gripped her ass cheek, and she jumped from the sudden touch.
"I bet you are so wet for me right now. Aren't you?" he asked, with his fingers trailing their way lower to where he would find out for himself how hot she was for him. Lower they crept until his feathery touch lit a fire within her, and she sucked in air. "Ah, very wet. Tell me what you thought about while you were kneeling here, waiting for me." His fingers lightly patted her sex, but her whole body craved his touch.
"I wondered what you would do. I tried not to plan it," she admitted freely. His lips brushed against her shoulder.
"Very good." His fingers withdrew from her and before she registered the lonely sensation, a sharp slap shook her ass, and she yelped more from the surprise than the sting. "I'm going to spank you with my hand," he announced and gave her two more hard swats to her backside, leaving a warm tingle behind. "Then I'm going to whip you with my belt. I'm going to show you how a good girl gets the belt."
His left hand, the one holding the belt, snaked around the front of her belly and gripped her waist, effectively holding her in place as his right hand went to work spreading a warm glow through her entire ass. She moaned from the heat his hand brought, but found the sensation calming, a steady volley of swats, enough to tease her but not enough to satisfy her as he went along. "Such a good girl." He whispered into her ear before pulling away and stepping back from her.

Also in the Windy City Series... 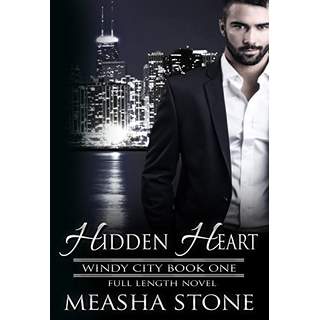 A woman given up on love, second guesses her solitary life when meeting a man who won’t take no for an answer and opens her eyes to an entire world of pleasure she didn’t know existed before him. 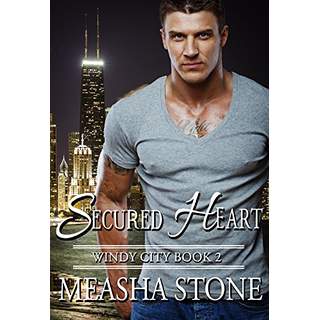 A headstrong, fiery woman seeks to fulfill her fantasies in all the wrong places, and it’s up to the security expert to tame her, and keep her safe.

A bit about the author...

Where you can catch up with her...