I am so pleased to have Paige Parson's visit my blog today to give us a sneak peak or two at her new novel Taking The Stage. 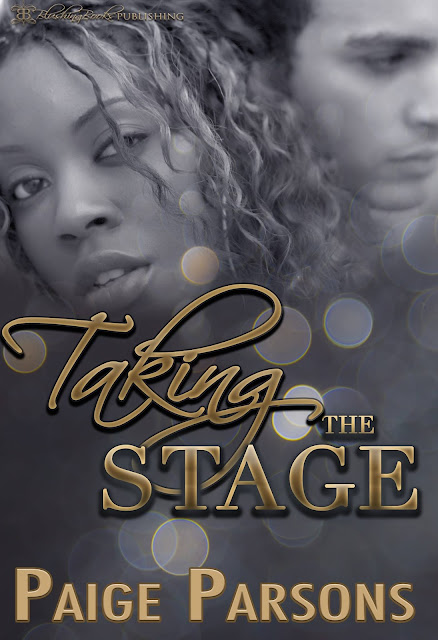 Her lying, cheating husband betrayed her. Devastated, she quit her teaching job. Now Robyn Rose isn't sure she has it in her to start over again in the only job she ever really enjoyed—the theatre.

But support for her penniless artistic future is limited, until she meets Joseph James Davis. He is the director of Robyn’s last-chance gig, and has some unique, over-his-lap sorts of ideas about what it takes to keep his stage manager on her best behavior. He also might just be her last chance at love.

Now, if only they can get their lead actress (who is also his ex-girlfriend) to take the stage without destroying their possibility at a future together.

And a couple of excerpts...

“She’s not just actor crazy! She’s beyond psycho-diva-drama-queen crazy! She’s the kind of crazy that has an actual diagnosis. It comes with pills, twenty-four-hour watches, and small padded rooms. That bitch practically took my head off!”
Joseph stood next to the door, blocking escape by the ranting bundle bouncing around his office. He’d wrangled her into it after he came up on a scene right out of a movie—two beautiful women in the throes of an anything but beautiful cat fight. It was rounded out with co-stars and deck hands pulling the two of them apart.

“Don’t you stand there like I’m overreacting, because you know that I’m not. This has been coming for weeks! I blame you.”

Joseph knew Roby’s feelings on just about everything, but he was still more than curious to see where she was going with this particular proclamation. She often had a poker face, but never a poker mouth, facts that usually led to heated discussions, and often her to a heated backside. This was not a new argument. He knew what she wanted. It was what she’d wanted since the first week Kat showed up. Roby wanted her gone. So, in that regard, he supposed she was right that it was his fault, because he had zero intent of sending their lead actress packing. (PG-13) 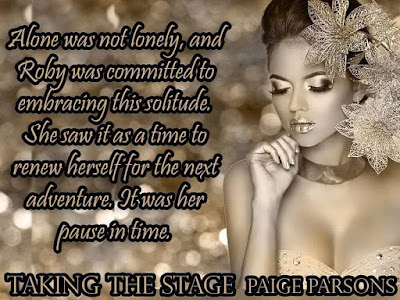 “Where are those hands?” Her sigh was deep as the double sized mitts he considered hands reached over to rub the tops of both breasts. The water he scooped and let drizzle down her front was silky from the oil she always used.

“I’m here to hurry you along, make sure you don’t drown, and get you out here with me.”
He leaned over to nibble on her ear as he took his frontal assault to the round under curve of her breast and up to nipples that met the pads of his fingertips in rock hard readiness.

“That’s not the way to get me out. Why would I want this to stop?”
“Sit up.” Leaning forward Robyn enjoyed his trailing hands that soaped, massaged, and caressed her from the nape of her neck to the dip in her back that met the start of the shapely rear end.

“And I better be the only one giving you this kind from here on. Rest back.”
He moved to the side of the bath and dipped his long arms deep under the bubbles. The luxurious rubbing continued from the tops of her thighs to the tips of her toes. As he ran his palms along the base of her feet, she felt giggles bubbling up in her in childlike fashion. (R)

And a little about Paige Parsons...

Paige Parsons is a creative Joan of all Trades, with her first love being theatre. However, theatre rarely paid the bills so, she's also worked as an educator, journalist, UPS customer service representative, and a receptionist at a record label.

Now living and working in Asia, Paige, a native New Yorker, has always loved the world of make believe and was a voracious reader and wild storyteller growing up.

She has been making up stories and getting them on paper for as long as she can remember and is always thrilled when someone expresses love for something she's written. After years of fear, and waiting for the right moment, she finished, submitted, and is thrilled to present her first full length novel.

She holds an undergraduate degree in Communication/English-Creative Writing and a graduate degree in Education and has spent the last 25 years collecting stories around the stage as an actress, stage manager, and production manager.

Paige loves to tell stories, read stories, and put stories up on the stage.