It's time for some spanking hotness!

It feels good to be back with everyone again and I just loved reading all of your spicy tidbits last week.
This week for my eight sentences, I'm sharing the morning after Sage and Cliff's first hot night together.  Sometimes when friends sleep together it gets awkward... 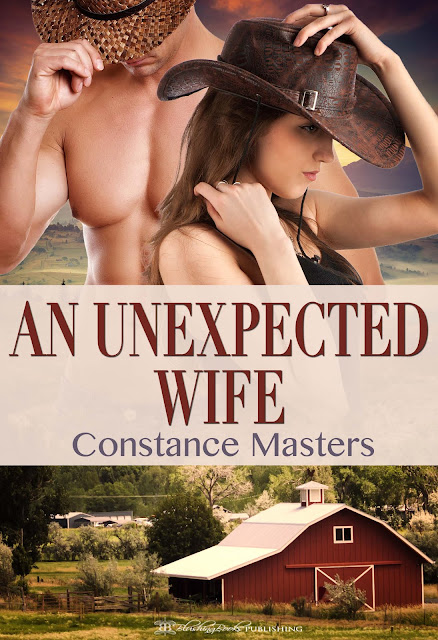 “I did have a great time last night, you are a very good lo—you’re good at sex,” she said bluntly.
“Oh, you are cruising for it, little girl.” He shook his head and narrowed his eyes as he tried to figure out what on earth was going on in her head.
“And there we have it, little girl. You still think of me as a child.”
“I think of you as a very womanly woman who is acting very much like a rude child and who if not very careful, is going to end up being treated like one. Do you understand what I’m saying?”
Sage’s face blushed as pink as her tank top. “Yes, I’m sorry if you thought I was being rude. I guess, well, I guess I’m just not very good at this one, night—”
“You better not finish that sentence. That is not what that was.”

Cliff slapped her bottom hard. This was escalating fast and she wasn’t going to be able to stop it. It didn’t hurt to try though. “You can’t spank me because I’m upset! Please, Cliff!”
The screen door squealed and then banged shut behind them as he strode into the living room and up the stairs to the bedroom. She tried to fight; to kick and wriggle, but she was held firm. Sage punched the solid back which only earned her another hard slap.
“I’m not spanking you…” Cliff started to say, stepping into the bedroom they had slept in together a short time ago.
“Well good, just because you’re my husband, doesn’t mean you can manhandle me whenever you want to,” Sage interrupted.
“I was going to say, I’m not going to spank you for being upset. I am going to spank you, because you deserve it,” Cliff said, returning the favour and cutting her off before she was finished. He let her down and sat on the bed, still keeping her firmly between his knees.
“I don’t want you to.” Sage tried to step away but Cliff had her in a vice like grip.
“Hmm. Do I care at this moment?” Cliff was almost talking to himself. “Nope, not interested.”
Within a moment, Sage was facing the carpet, her long brown hair over her face, in her eyes and puddling on the floor right next to Cliff’s dress shoes. She hadn’t noticed that he wasn’t wearing his boots. She’d never seen him in proper going out shoes. “Ow!” A hard smack landed on her rear end, the slight sting from the previous couple of whacks suddenly igniting the burn and starting a fire that was hard to think through. He wasn’t stopping at all, just a barrage of heavy handed slaps that didn’t let up. She couldn’t stop thinking, even though her legs were kicking and her voice was yelling blue murder; this man was wearing suit pants and nice shoes. This man who was always comfortable in jeans and cowboy boots had put on dress shoes and a suit and he’d done that for her. He was making an effort here. Could she have been wrong? Was he doing all this because he liked her? “Stop, Cliff! I think I get it now!”
“Sure you do.”
Instead of stopping, he paused, giving her a slight hope that he had finished, but he was just raising the dress she’d been wearing and lowering the scrap of lace that was all but covering her stinging bottom. “Oh please, Cliff, let me explain! Ahhh, please, that hurts!”
“Good, I’m glad it’s hurting because I wasn’t aiming to tickle you.” Every word spoken was punctuated by another swat to her bottom. “Let me let you in on a little secret. Not only women have feelings!”