Measha Stone is on my blog today with the 4th book in her Windy City series, !

I had the pleasure of having Measha on my blog when the 3rd book in this series, Indebted Heart came out. That post is here. Today we're taking a look at Liberated Heart, the 4th book in the Windy City series. 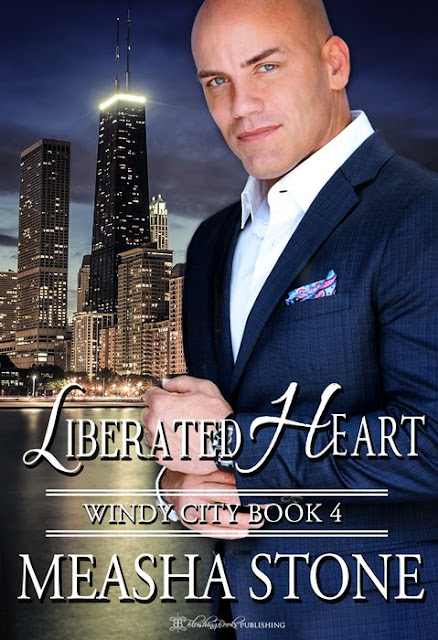 Erin’s life has crumbled. Not only has her fiancé run off with another woman, she realizes their entire relationship was a joke. After some soul-searching, and Googling, she jumps head first into a world that only existed in her darkest fantasies.
Bradley Sorenson has come to terms that he will never have a lasting relationship with a submissive.  After all, no woman could see to his darker needs in the playroom and continue his brand of power exchange outside of it.  But when Erin shows up at his BDSM club, looking for answers to questions he’s sure she doesn’t even understand, his resolve begins to weaken.
Bradley opens the door to this new world and escorts Erin inside, promising to show her everything she wants to see and more. But just as she begins to find contentment in her true self, she receives a letter that starts a chain of blackmail that could ultimately end her new relationship. Between the blackmail and her new self-awareness, Erin must fight the urge to creep back into the cage she’s so used to hiding in, and work to liberate her heart.

She let the information sink into her mind. Slaves.  The terminology of everything she’d read over the past few days stuck with her, and she didn't think she could ever consider herself a slave.  She didn’t mind the term, and she thought no less of anyone who would categorize themselves as such, but she wasn’t sure she fit in that mold. One idea that she engrained in herself over the last two weeks was that she was not the freak she’d originally believed. She was no weakling, either. No one could submit themselves onto another person's will and be weak. It took strength. And a hell of a lot of trust.
“That might be interesting to see.” She nodded. Very interesting, especially if the play were to all be in the public viewing area, she’d be able to see what she wanted to see without having to get too involved with anyone.  She just needed to get the membership approved as quickly as possible.   “Do you think I’ll be able to get my membership in order by then?”
“I wasn't telling you about the auction because I want you to view it.” He folded his hands in front of himself, where she could see the obvious bulge in his jeans. Had their short interaction been as intoxicating to him as it was to her?  “I told you about the auction because if after I’ve finished with you here, you decide you’d like that distraction- that rebound- the auction is as good a place as any to get on with it.  But understand, that if you come to the auction. If your pretty ass is standing on the auction block. I will buy you. I will own you.”

ALSO IN THE WINDY CITY SERIES

HIDDEN HEART, BOOK 1
A woman given up on love, second guesses her solitary life when meeting a man who won’t take no for an answer and opens her eyes to an entire world of pleasure she didn’t know existed before him. 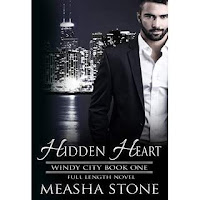 SECURED HEART, BOOK 2
A headstrong, fiery woman seeks to fulfill her fantasies in all the wrong places, and it’s up to the security expert to tame her, and keep her safe. 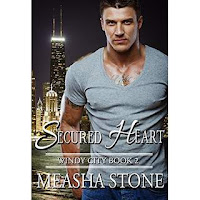 INDEBTED HEART, BOOK 3
An independent woman, moves to Chicago to find a new start for her life, but finds those from the past aren’t always best to leave behind. A laid back, yet protective dominant steps in as her hopes for the future begin to unravel. 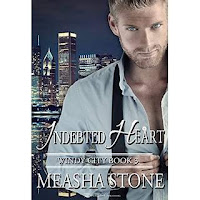 A bit about Measha Stone...

Where you can catch up with Measha...