It's that time again. I love catching up with everyones snippets. Today I'm once again featuring my new book A Firm-Handed Man. In this snippet, Drew and Mikki are arguing and things go downhill fast... 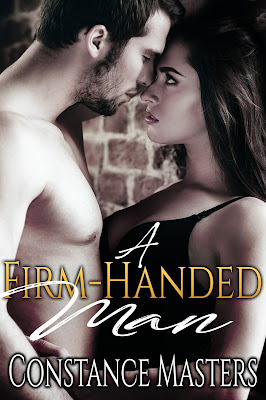 “You can lose the cockiness, you smartass,” Mikki shouted as she spun to face him. Now she was angry, more so now that she could see the smugness in Drew’s eyes. “I know this isn’t funny! I was there!” Then it happened. She didn’t mean to do it, all she wanted was to get that look off Drew’s face but her hand, her whole arm really had a mind of its own. It happened so fast. Mikki stepped forward and swung her arm so hard that her hand connected with the side of Drew’s stubble-shadowed face, leaving a bright red imprint of her hand. Crap. Well, she achieved what she set out to do; the look was gone, replaced momentarily by a shocked expression that unfortunately didn’t last. He pursed his lips and advanced on her with purpose. The look on his face could only be described as determined.
“Oh, you have done it now,” he said.