The Billionaire and The Waitress is OUT!!!

The Billionaire and the Waitress 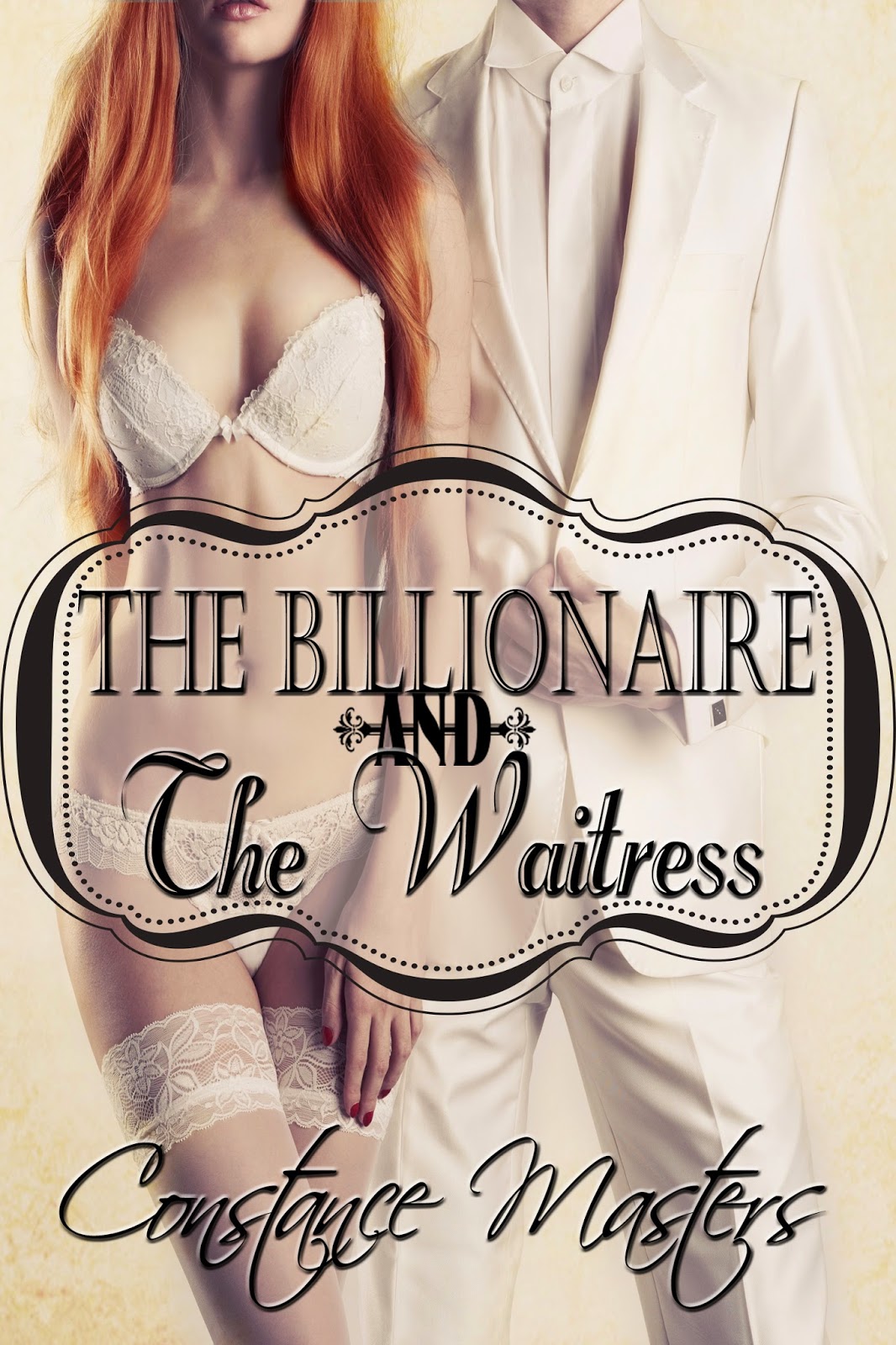 My latest novella is out and is available at all the normal places. I'm very excited! See links below!

Excerpt:
“Josh, put me down! I didn’t mean it!”
Ignoring her, he sat on one of the desks, not even bothering to remove the plastic paint protector. “Didn’t I tell you that it was naughty to throw paint at people?” He flipped her over his knee.
“Wait! What are you doing?” Was he actually going to spank her?
“I’m going to spank your cute behind.” He ran his hand over her round bottom.
“But you can’t!” she squeaked.
“Oh, I think I can. You do the crime, you pay the time.” He brought his hand down with a loud smack.
“Oh my God! You actually smacked me!” She kicked her legs and wriggled sideways. Chelsea tried to get off his knee, but not very hard. Shock hit her hard, but she wasn’t horrified; that surprised her. Surely she didn’t want him to spank her over his knee like she was five years old. Did she? Another sharp smack fell to match the first and she couldn’t think straight.
“Oh my God!” he mimicked with a chuckle. “Just remember why you’re here, missy; you actually flicked paint at me. Twice.” His hand bounced off her blue jeans in a flurry of spanks.
“Stop that!” she squealed, laughing at the same time.
“You, little minx, don’t get to decide when I stop.”
Those words rang in Chelsea’s ears. Little minx. She was still digesting the fluttery feeling the nickname gave her as another flurry of spanks got her attention. Her bottom was definitely getting warmer and her girly bits were tingling. An insistent throb between her legs got more intense every time Josh’s hand connected. She wanted to touch herself to relieve that dreadful ache. Better still, she wanted him to touch her. Who would have thought that a spanking could feel so good? Chelsea was so distracted with need that she didn’t even notice that Josh had stopped swatting the back of her jeans.
“I hope you’ll be a good girl now,” Josh said, holding her hips between his legs after he’d helped her to stand. “I wouldn’t want to have to take down those jeans and spank your bare bottom.”
Oh my God, she was unable to put together a thought, she was so turned on by this game. “Um, define good.” Shit, had she said that out loud? She was trying to think of a way to explain what she was thinking without telling the truth. What she really wanted to do was be anything but good so he would take down her jeans, but telling Josh that would be embarrassing beyond belief. She tried to reverse her statement’s damage. “I mean yes, I’ll be good.” Geez Louise, had she lost the power to control her mouth, or was it just her thoughts?
Josh burst out laughing.
Could he read her mind? She felt odd, but good odd, not bad odd. “Oh,” a small moan escaped as he pinched her freshly spanked cheeks.
“I think you like being a naughty girl.”
She was speechless, which was just as well because his lips lowered to hers. He kissed her good and hard, bringing back the tingle, making her want to grind her crotch against him. By the time she’d managed to get herself together, he had moved and set her down where he’d been sitting.
“Like I said. Be a good girl, or else.” He picked up the paint roller and started working again.
“Maybe,” she said, almost under her breath.