It's that time again. Time for Saturday Spankings. Today I'm going to continue where I left off last week with The Man Of Her House. Alyssa, who tends to be a bit jealous at times, finds herself alone with Jesse's phone. 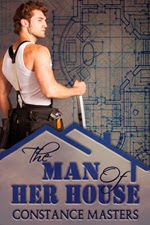 She fingered the edges of the phone. Here was a dilemma. She could take a peak in there because they trusted each other, so they had nothing to hide, right? That would be wrong. That would be so wrong. She tried to walk away, but she just couldn’t. The phone seemed to just jump into her hand. It was just lying there in her palm, like an early Christmas present just begging to be opened. If she were to just have a little look it would put her mind at rest, and then it would be worth it, wouldn’t it?

When her abysmal grades leave her suspended from college for the semester, twenty year old Alyssa sees no option but to return to her childhood home, which she expects to find empty while her mother is away. It comes as quite a shock when a man she has never met waltzes in as if he owns the place, introduces himself as Jesse, and informs her that he is living in the home at Alyssa’s mother’s suggestion while completing the repair work she hired him to do.


An even bigger shock soon follows when her refusal to listen to reason lands her over the admittedly handsome interloper’s knee for a sound spanking. Jesse informs her that she is welcome to stay in the house with him, provided that she behaves herself and pulls her own weight. Alyssa has other ideas and is fully prepared to make his life as miserable as she can until he throws in the towel on the whole idea. Unfortunately for her, Jesse is more than ready to back up his warnings with a firm, work-hardened hand applied to her bare bottom as often as necessary.


Despite her wounded pride and her stinging behind, Alyssa finds herself excited by the idea of a man who cares enough to stand up to her and keep her in line. She begins to wonder if Jesse could come to see her as more than a naughty girl in need of discipline, but will her bratty attitude drive him away before romance can bloom, or will Jesse take her in hand and make her his own?